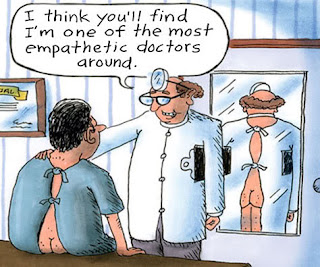 Time to put the human back into leadership.

tianewcomer said…
Thank you for the encouragement, Will. Will keep shipping!
February 7, 2017 at 9:39 PM 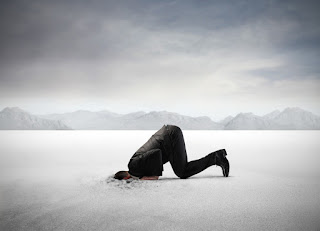 Six years ago I read Seth Godin’s Linchpin: Are you Indispensable? It pushed me across the finish line to never say “I can’t” or sit on the sidelines of inaction, imprisoned by a false definition of my work and title. The lizard brain wants you to fear. A linchpin smells fear and runs towards and through it. In most of the corporate world, fear controls decisions. Coming out of a recent heavy change management leadership role, I thought I’d share my observations on fear driven outcomes and my experiences in how to push teams to bulldoze through the fear to being indispensable. Two themes: Fear of Change and Fear of Confrontation 1.      Fear of Change : This usually looks like lack of structure. Lack of accountability. Both of which lead to extended and stagnant execution timelines. Culminating in an exit of talent (linchpins!) from the organization and subsequent impact to the health of the business. a.      What Fear Looks Like: A litany of excuses: “We’ll do thi 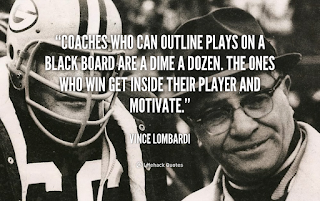 Culture trumps strategy, every time . What drives culture? Leadership. The single most important thing to a company’s success. Whether you have two employees or two hundred thousand. I’ve worked in companies big and small. From start up to Fortune 10 and in between. The single biggest predictor of success? Leadership. What does it mean to be a great leader? One word. Coach. What defines a coaching leadership style? Coaches see the whole field. Seeing the whole field allows the coach to call the plays (strategy). Subsequently, this empowers the players to carry the ball (execution) down the field. That perspective allows the coach to guide the team around roadblocks, deflecting and handling distractions. It allows the leader to know how to tell the company story and build the strategy. MVP doesn’t go to the coach. It goes to a player. Great leaders lead from behind the scenes. Coaches provide structure to the game (and practices). Seeing the